Posted on November 7, 2018 by Prospect Pipeline Leave a comment 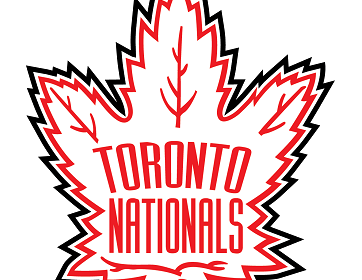 Ryan Del Monte is a talented, creative, and shifty centre who regularly generates offence out of nothing. A Harvard commit for 2021-22, he is a consistent offensive catalyst for the powerhouse Nationals, who have lost just one game all year in both GTHL and tournament action combined, to the Don Mills Flyers.

Del Monte offers plenty to like on the offensive side of the game, but remains responsible in the defensive zone as well, back-checking deep into his own end to support his defenders and offer a potential outlet. On the transition, Del Monte showcases above-average speed and loves to be the trailer on the rush, positioning himself inside the blue line to receive a pass before cutting inside to create a dangerous shooting lane for himself.

Del Monte’s bread and butter comes from tremendous edgework and agility that make him an elusive skater who can shift gears on the fly to keep defenders on their heels. Flashing high-end speed on the rush, Del Monte has a pair of silky mitts with which he often makes opponents look silly. Displaying excellent poise, he can out-wait defenders in order to open up lucrative scoring chances for he and his linemates.

Further, Del Monte regularly shows excellent hockey sense, both with and without the puck. He maintains effective positioning on the ice and is clearly able to read and react to plays as the develop. A hound on the puck, Del Monte is often able to shift his stick position or purposely utilize opposing defenders as a screen to provide himself with potent, high-danger shooting lanes.

Del Monte plays a tremendously skilled and fast-paced style of game. With that said, he shows traits of holding onto the puck for too long, or making high-risk plays with the puck. While he is able to pull off these moves more regularly than your average ’03 prospect, they can negatively impact his teams when they don’t work out.

Related: Don’t miss out on any of our 2019 OHL Draft Profiles.

Ryan would be able to make himself a much more dangerous and unpredictable player if he were to utilize open teammates more often on both breakouts and the power play. Simplifying his game and recognizing when he is in a high-risk situation would make Del Monte one of the most reliable and productive prospects in this year’s draft class.

Overall, Ryan Del Monte is a quick and elusive skater with dynamic offensive abilities. A tremendously skilled centreman, he turns defensemen inside out on a nightly basis with his combination of processing ability and creative mind. He seems to be able to score a highlight reel goal each night.

His commitment to Harvard University will undoubtedly affect his final draft destination, but based on pure talent and potential, Del Monte is projected as an early second round prospect for the 2019 OHL Draft.