Posted on February 4, 2019 by Prospect Pipeline Leave a comment 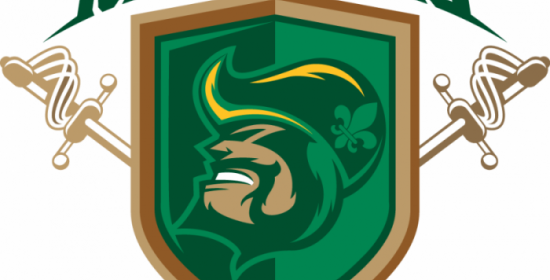 The United States Hockey League has quickly become a steady producer of elite NHL prospects, as the likes of Andrei Svechnikov, Quinn Hughes, Casey Mittelstadt, and Eeli Tolvanen have all graduated from the circuit of late.

Next in line to make the jump to the NHL level is surely Bobby Brink — a diminutive yet devastating offensive player who has come to be defined by his purposeful stride and natural offensive instincts. Currently in the midst of his first USHL campaign with the Sioux City Musketeers, Brink has continued to prove that size is no longer a significant factor in elite hockey.

The most impressive facet of Brink’s game — and that which drives his overall production — is the youngster’s ability to interpret the ice and move the puck within it. Boasting eyes in the back of his head at times, Brink is an exceptional passer who can saucer the puck through traffic of find a teammate for a back-door tap in.

As a result of his tremendous passing abilities, opponents are forced to provide Brink with time and space — a mistake which often allows the native of Excelsior, Minnesota to turn and rip the puck on net. Boasting a quick and effective release, Brink can fire the puck on net in the blink of an eye and also features a one-timer which is downright lethal on the power play.

Essentially, Brink is an extremely well-rounded prospect who plays a creative yet responsible style of game. Capable of passing or shooting the puck, opponents are forced to respect Brink’s abilities and, in doing so, provide him with greater time to process his options. Not one to turnover the puck and rush into mistakes, Brink is a capable two-way force who will only be aided by greater personal strength in the years ahead.

Checking in at 5-foot-10 and 165-pounds, it goes without saying that Brink is not a physically intimidating player by any means. However, as mentioned above, Brink does not let his smaller stature affect his game — the youngster consistently stands as one of the most lethal players on the ice. However, in the years ahead, Brink would do well to add greater muscle to his frame — especially so to his lower body in order to better protect the puck.

Tied hand in hand with Brink’s personal strength is his first step acceleration. Although he is a more than capable skater, greater strength would allow Brink to reach top speed in fewer strides — an ability which would afford him with an extra step above his competition.

Outside of these two particular areas, Brink does not need to improve his game in a drastic fashion. As a complete two-way player whose play only continued to strengthen throughout the 2018-19 campaign, Brink should have little issue adapting to the NCAA-level, where he is committed to play for the University of Denver in two season’s time.

Come the 2019 NHL Draft, don’t expect to hear Brink’s name called outside of the first round.

Although the needs of each and every NHL franchise will alter where Brink is ultimately selected, the youngster has proven himself as a consistent offensive producer and one far too valuable to let slip into the second round or beyond. And, although his size and strength remain a work in progress, Brink’s overall skill-set is far too lethal and promising to overlook.