Posted on March 11, 2019 by Prospect Pipeline Leave a comment 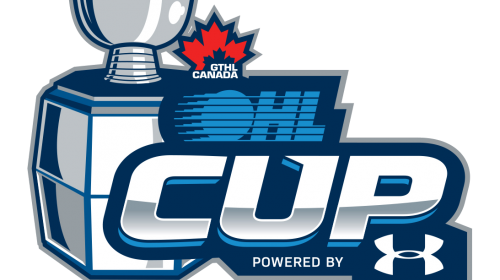 The 2019 OHL Cup is mere days away, meaning that the time has come to unveil our final tournament ranking for the 2018-19 campaign.

Since we last met to discuss the 2019 OHL Cup in February, there has been a great deal of change with respect to the top-10 teams set to compete in this year’s tournament. In fact, two teams which were ranked in February no longer remain on our list, and have since been replaced by a pair of competitors who hold the potential to do serious damage within this year’s OHL Cup.

As far as the remaining teams go, they are the usual suspects and remain largely unchanged since February. At the top of the list are the Don Mills Flyers, Toronto Marlboros, and Detroit Compuware — the latter of which a newcomer to the top-10 following their nomination by the Tournament Selection Committee. Champions of the HPHL this season, Compuware should be viewed as a serious threat considering they were the only team to defeat Don Mills over the course of the 2018-19 season.

Outside of the top-three overall are the relentless Toronto Nationals, the electrifying Whitby Wildcats, and Team NOHA. Making their first appearance within our ranking is Team NOHA — a tournament team comprised of the top talent home to the NOHA who should pose a major threat to the elite teams competing within this year’s tournament.

Rounding out the top-10 teams within our final OHL Cup Ranking of the season are the Toronto Red Wings, York-Simcoe Express, Halton Hurricanes, and Kitchener Jr. Rangers. Although all of which hold an outside shot at securing the 2019 OHL Cup, none of the above teams should be taken lightly considering their excellent track-records and playoff performances over the past year of play.

With this being said, let’s take a closer look at the top-10 contenders ready to battle for the 2019 OHL Cup. Although these ten will undoubtedly be the top teams to watch, don’t count out the other competing clubs not mentioned within our ranking below. 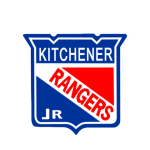 The Kitchener Jr. Rangers have suddenly become the team to beat in the Alliance. With a strong second half, the Rangers have fought their way to the Alliance Final on the back of tremendous scoring depth along with a solid and reliable blue line. Despite limited success in tournament action, the Rangers have proven their ability to compete with the province’s top teams, and remain a team to watch at the OHL Cup.

Led on offence by the trio of Marko Sikic, Matthew Sop, and Braeden Bowman, the Rangers boast one of the more potent top lines in the Alliance. The team features a whopping seven players with double-digit goals, a testament to their scoring depth. Angelo Duscio and Lucas Brzustowki are the leaders along the blue line, each of whom play a strong two-way game. Kitchener’s scoring depth will be their asset that they need to lean on to find success in the OHL Cup.

The Halton Hurricanes significantly raised their level of play throughout the second half of the season, en route to finishing as the SCTA’s top team and OMHA silver medalist. After going 10-0-1 in SCTA playoff action, the Hurricanes have begun to establish themselves as a true contender for the OHL Cup, despite their lack of success in tournament action this year.

Halton is led by SCTA leading scorer, Ethan Burroughs, who has compiled 44 goals in 43 combined regular season and playoff contests. His supporting cast includes the likes of Lawson Sherk and Jordan Adams, two highly skilled forwards who create havoc for opponents with their combination of speed and aggression. On the blue line, Calum Chau has displayed high-end puck moving abilities, making him dangerous at both ends of the ice. The Hurricanes will need to play a structured and composed game to make a run at the OHL Cup.

A tremendously skilled team which unfortunately struggled with consistency at times, the York Simcoe Express seem to be finding their groove at just the right time. As heavy underdogs against the Whitby Wildcats in the ETA Semi-Finals, the Express utilized their physicality and resiliency to upset the Wildcats in just four games, before finishing third at the OMHA Championships.

Leading the way offensively more often than not is Kaleb Nelson, who plays a consistent game with an admirable compete level and top-level skills on the fly. The likes of Ryan Cutler and Jordan Fuller provide reliable depth scoring as well. On the back end, Jacob Holmes has become increasingly effective throughout the course of the year, and was one of the most heavily relied on defencemen for Team Ontario at the Canada Winter Games. The Express will need to play with tremendous urgency if they hope to take down some of the tournament’s top contenders.

Despite a slow start to their 2018-19 regular season campaign, the Toronto Red Wings rebounded and became one of the GTHL’s most prolific teams in the process. Founded upon a strong goaltending duo, the Red Wings feature steadily improving defenders alongside a mass of wildly skilled forwards capable of influencing the outcome of a game on any given night.

Leading the way for the Red Wings this season and into the OHL Cup will undoubtedly be the likes of Francesco Pinelli, Adam Fantilli, Nolan Dann, Josh Orrico, and Joshua Rosenzweig — five players of varying position who have critical to the team’s success in 2018-19. If the Red Wings can receive consistent contributions from these players while drawing productivity from the remainder of their roster, Toronto could be a dark-horse threat come the tournament.

The OMHA’s top team all year long got a bit of a scare from the York Simcoe Express when they were upset in the ETA Semi-Finals. Luckily, the Whitby Wildcats played host to the OMHA Championships, where they rolled to a combined 5-0 record on their way to successfully defending their OMHA title.

The Wildcats greatest asset undoubtedly comes from their offence. Their top line of Brenden Sirizzotti, Ryan Winterton, and Thomas Johnston has been absolutely stellar all year long and often steals games independently for Whitby. They play a high paced, team-first approach that usually overwhelms their opponents with speed, skill, and excellent structure. Whitby should be considered a true threat in the loaded Lindros Division.

One of the more intriguing teams for the OHL Cup will be Team NOHA. The team features 15 players from the Sudbury Minor Midget Wolves, a team which made a significant run in a few of this year’s major tournaments. This year’s edition of Team NOHA may just prove to be the strongest in their history.

Boasting a ton of speed and skill throughout the entire lineup, the NOHA will be led offensively by the likes of Chase Stillman and Zacharie Giroux, two high-scoring forwards who each added 55 points in 24 GNML games this year. Their backend is loaded as well, with high-end defenders Josh Kavanagh and Jack Matier, as well as top goaltending prospect, Benjamin Gaudreau, who backstopped Team Ontario to a silver medal at the 2019 Canada Winter Games.

Although the Toronto Nationals fell to the Marlboros in the semi-finals of the GTHL playoffs, the club continues to stand as a legitimate contender for the 2019 OHL Cup. Boasting two of the top 2003-born goaltenders in all of minor midget, the Nationals feature an incredibly deep team which is tough to play against in all three zones of the ice.

As a physically intimidating club, the Nationals can punish their opposition physically or pick them apart owing to their high-end skill and offensive creativity. However, if the Nationals wish to legitimately compete in this year’s OHL Cup, they’ll need to play a calculated and penalty-free style of game — undisciplined penalties can force the Nationals into considerable penalty kills and excess time within their own zone.

The only team successful in defeating the Don Mills Flyers all year long, Detroit Compuware should be considered as a legitimate contender for the 2019 OHL Cup. They came away as the 16U HPHL Champions despite icing a team one year younger than the competition. They’ve also beat three other top GTHL teams in the Marlboros, Nationals, and Rebels.

Compuware is led by two of the top 2003-born skaters in North America in Dylan Duke and Sasha Pastujov, both of whom are committed to NCAA programs. Rounding out a high-powered first line is Red Savage, another NCAA commit with speed and skill to spare. Ty Gallagher is their go-to defender, with significant offensive upside and great range on the ice — he consistently makes a difference in all three zones. Although there was debate with regards to the strength of Compuware’s roster ahead of the tournament, expect the team to contend nonetheless.

The Toronto Marlboros are a perennial powerhouse in the GTHL and minor midget circuit as a whole — a fact which hasn’t changed ahead of the 2019 OHL Cup. After yet another dominant regular season and playoffs, the Marlboros stand poised to battle Don Mills for the GTHL championship later this month.

Much like the Flyers, the Marlboros boast a highly talented and deep offensive-core alongside a slew of competent blueliners on the back-end. Moreover, the Marlboros hold a strong netminder in Ben West whose play could help propel Toronto to considerable success in the OHL Cup. However, if the Marlboros wish to contend for the OHL Cup, they’ll need their best players to play with consistency on a nightly basis.

The Don Mills Flyers lost one single game this season. One.

As the consensus team to beat in this year’s OHL Cup, knocking off the Flyers will not be an easy task. Founded upon their stellar puck-moving blue line and numerous threats offensively, Don Mills continues to stand as an overwhelming force capable of defeating their opposition in variety of different ways.

One major road block for the Flyers, however, could be the presence of Detroit Compuware within this year’s tournament. Despite their seemingly endless skill and ability, the Flyers’ only loss this season came to Compuware — a fact which could lead to a dramatic final game should the two teams once again meet with a championship on the line. Ultimately, although Don Mills can be beat, don’t expect them to be in the 2019 OHL Cup.