Posted on September 20, 2018 by Prospect Pipeline Leave a comment 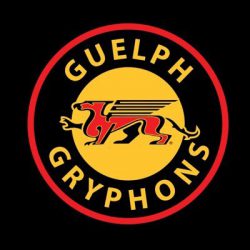 Ethan Gore is an uber-talented forward who thinks the game really well. On a strong Guelph team that is expected to be a leader in the SCTA in 2018-19, Gore leads the team’s offence on a regular basis. At the 2018 Toronto Titans Early Bird Tournament, Gore led the charge with four goals and six points as the Gryphons were ousted in the Sweet 16.

Gore possesses natural instincts that allow him to show up in the right place at the right time. A tenacious player on the puck, he shows a high compete level at both ends of the ice and showcases high-end puck skills in tight spaces and under pressure.

Ethan Gore’s top asset is his ability to read a developing play and situate himself in a position to make a difference. He has excellent net-front abilities and can deflect pucks or hunt for rebounds in the danger areas. Building on that talent, Gore has impressive puck skills and can maneuver through traffic with poise and composure.

He also possesses a strong snap shot with a quick release. Gore has proven his ability to get shots off in tight spaces under pressure with strength, and forecasts as more of a shooter than a playmaker. A leader on and off the ice, Gore leads by example by competing hard in all three zones, whether by skating or engaging in the physical element of the game.

Not necessarily a weakness as much as it is an area for potential improvement, Gore’s potential could receive a boost from greater skating abilities. With a good, long stride, Gore can certainly keep up with the pace of the play and even blow by defenders at times, but his top-end speed is not yet at a game-breaking level.

Further, Gore could utilize his edgework more often in order to improve his agility and shiftiness with the puck. He shows flashes of excellence in this aspect, but again, could become a more dynamic player by applying this skills more frequently. Overall, Gore is a good, promising skater but, we see further potential that hasn’t yet been realized.

Ethan Gore is a top-end forward prospect for the 2019 OHL Priority Selection, and potentially one of the top draft picks out of the SCTA. A highly skilled center, Gore can score in a multitude of ways, including deflections, net-front scrums, or with a wrist shot on the rush. With good instincts and responsible two-way play, Gore projects to be a potential top-60 pick at the 2019 OHL Draft.