Posted on January 4, 2019 by Prospect Pipeline Leave a comment 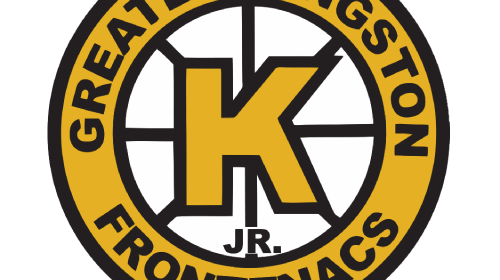 Wil Murphy is an elite puck-moving defenceman who excels in the transition game and displays a high ceiling of offensive potential as well. In a strong frame, Murphy showcases his intelligence at both ends of the ice, especially in his decisions with the puck. A smooth skater, he holds tight gaps against opposing forwards and consistently forcing the play towards the wall.

Murphy has quickly established himself as one of the premier defencemen in the ETA this season, playing at nearly a point-per-game rate, while controlling Kingston’s blue line in all situations. At last year’s World Selects Invitational, Murphy’s rate of production was amongst the top tier of defenders, further establishing his abilities against top competition.

An elite two-way defenceman, Murphy has somewhat flown under the radar this year while playing for a middle of the pack team. However, there’s no arguing that he possesses dynamic talent and superior intelligence of the game. He consistently displays outstanding positional awareness at both ends of the rink, and very rarely makes a poor decision with the puck, recognizing the ideal times to chip a puck deep, make a slick pass, rush the puck himself, or get the puck on net.

Related: Don’t miss out on any of our 2019 OHL Prospect Profiles.

Murphy is also a smooth and efficient skater who utilizes his size and strength to his advantage when battling for a loose puck or protecting it on a rush. He uses good edgework to be strong on his feet and tough to push away from the play. Murphy regularly holds good gap distance against opposing forwards, and combines effective stick positioning with his physicality to force opponents into the corners.

It’s not easy to find a negative trait within Murphy’s game. He presents a solid, all-around style of play with what appears to be high-end potential within his strengths. As such, this area of improvement is more of an aspect which could help to launch his game into the premier tier of 2003-born defencemen.

Improving his agility would allow Murphy to be more dynamic along the blue line, letting him create time and space, as well as to create new passing and shooting lanes. In his own zone, some added agility would also make Murphy tougher to beat, as he could better track opponents and become tougher to beat on the outside. All in all, there are no true flaws to Murphy’s game, he is a superb two-way defenceman who gives his team a chance to win each night.

Wil Murphy has shown exciting potential over the course of the 2018-19 season, displaying high-end intelligence at both ends of the ice, as well as elite offensive upside. He is the type of defenceman who can be relied upon in all situations, and who has the ability to really take control of a game from the blue line.

As Murphy’s stock continues to climb, he will inch closer to receiving the recognition he deserves as a future OHL defender. In any case, Murphy projects as a fringe second round pick for the 2019 OHL Draft.