Posted on February 7, 2020 by Prospect Pipeline Leave a comment

The 2020 OHL Cup is a little under two months away.

Let that fact sink in for a moment.

It’s truly difficult to believe that the 2019-20 hockey season has begun to wind down, as the majority of Minor Midget teams now find themselves embattled within fiery postseason play. Yet, with this being said, the months leading up to the OHL Cup will be nothing other than crucial — every team vying to compete in the annual spectacle has mere weeks to perfect their play and polish their respective crafts in order to put forth the most complete and concentrated effort as possible.

And, as we head down the final stretch of the campaign, there are 10 teams whose play has stood tall above the rest. As you’ll see below, we’ve ranked and profiled the 10 teams we feel are the strongest contenders to take home this year’s OHL Cup. In addition, we’ve also listed three honourable mentions who, despite failing to crack the top-10, each hold the talent and work ethic necessary to make a significant push towards this year’s ultimate prize.

So, with this being said, let’s jump into this month’s OHL Cup Ranking. Let’s begin by assessing our three honourable mentions:

It’s been an up and down season for the Mississauga Reps, as despite standing as a team founded upon speed, skill and tenacity, the Reps have battled to maintain their consistency. Holding down the sixth-spot in the GTHL standings at the time of publication, the Reps slumped somewhat to end the month of January — however, they did defeat the highly touted Toronto Jr. Canadiens for the second time this season in the process. If the Reps can take to the ice with stability and consistency come playoff time, they could be a team to watch if able to reach the OHL Cup.

The Waterloo Wolves enjoyed a tremendous 2019-20 season, as the club claimed the second-overall spot in the Alliance regular season standings. However, in doing so, the Wolves drew a Playdown matchup against the incredibly stingy London Jr. Knights — a team who despite their stance in the regular season standings is as tough as any on a nightly basis. If able to topple the Jr. Knights, the Wolves will have proven themselves as a legitimately dangerous team vying for the OHL Cup.

For the second month in a row, the Whitby Wildcats are an honourable mention within our 2020 OHL Cup ranking — and for good reason. Owing to their strong play in the ETA’s regular season, the Wildcats earned themselves a buy in the first round of their league’s playoffs. And, as long as a short break doesn’t hamper the Wildcats’ momentum, expect Whitby to challenge a number of teams for a berth in the upcoming 2020 OHL Cup. As a team defined by its skill and ability to score goals, Whitby stands as a legitimate threat worth watching closely. 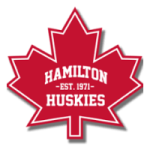 The Hamilton Huskies concluded their 2019-20 regular season as the third-best team in Alliance hockey, a standing which forced them into a first round playoff matchup against the Brantford 99ers. Although the Huskies stand as a stellar team founded upon elite offensive play and stable defending, the 99ers will surely prove to be no push over — Brantford is a feisty team with the ability to surprise their unsuspecting opponents on a nightly basis. However, is Hamilton’s best players continue to be their best players, the Huskies should be able to advance through what will surely be a hard-fought series.

As one of the top-three teams in the ETA this season, the York Simcoe Express earned themselves a first-round bye in the OMHA Playoffs. However, doing so proved to be somewhat of a challenge for the Express as their season wound to an end, as the club skated to a 3-4-3 record in the final ten games of their season — a track record which included losses to the Barrie Jr. Colts and Oshawa Generals, yet a victory over the Quinte Red Devils. If the Express gain re-gain the consistency which they exuded earlier on this season, they’ll prove to be a significant foe in the OMHA Playoffs and beyond.

The Mississauga Senators have cracked our top-ten for the first time this season and, based upon their play over the past few months, the Senators are here to stay. Each and every night, the Senators take to the ice with energy and ferocity, regularly finishing their checks while pestering their opponents owing to their relentless work ethic. Led by their offensive star in Yoan Loshing and steadied in goal by standout Charles-Edward Gravel, the Senators have skated to a sparkling 8-2-0 record in their past ten games and will surely record another trio of wins in their final three games of the season. In short, the Senators blistering hot and could do significant damage if able to reach the 2020 OHL Cup.

Despite boating a number of top prospects eligible for the 2020 OHL Draft, the Toronto Marlboros have struggled to achieve an identity this season. While it goes without saying that the Marlboros are one of the top teams in the Minor Midget circuit this season, the club has yet to live up to its incredibly high standards this campaign. In fact, inconsistency has been the name of the game for the Marlboros, as the high-powered team pieced together a 2-4-4 record in their past ten contests to round out the month of January. Although a berth in the OHL Cup is almost guaranteed for the Marlboros given their fourth-overall standing in the GTHL, they could be caught by the Senators if their play continues to slip.

A sparkling 24-3-5 record to conclude their 2019-20 SCTA campaign placed the Southern Tier Admirals into Group A of their league’s playoffs — an ideal group which features a trio of bottom-tier teams as well as the incredibly stingy Niagara North Stars. Fortunately for the Admirals, they boast a terrifying offensive attack and a wealth of capable defenders and goaltending — a reality which should allow Southern Tier to make a strong push for a berth in the 2020 OHL Cup. If the trio of Andrew Leblanc, Sam Alfano, and Trent Swick — the SCTA’s three highest scoring players this campaign — can continue to roll, the Admirals should be able to cast aside any foe in their path.

The Toronto Titans have been fairly consistent throughout the 2019-20 season, and will look to carry their energetic and skillful play with them into the GTHL playoffs. Although their opponent has yet to be officially determined, it goes without saying the the Titans will be a handful regardless of which team they clash with. All season long the Titans have stood as a dynamic force — they feature speed, skill, and size alongside stability in between the pipes. If the Titans’ best players can continue to be their best players throughout the playoffs, the club could be full of surprises come the 2020 OHL Cup.

Aside from a brief three-game losing streak to end the month of November, the Toronto Nationals have been remarkably consistent throughout the 2019-20 GTHL season. As a result, they stand as one of the most formidable teams poised to compete for the 2020 OHL Cup. Not only do the Nationals feature one of the top goaltenders eligible for the 2020 OHL Draft in Kyle Downey, but the club also features one of this campaign’s top goal-scorers in Zakary Lavoie. Defined by their work ethic and excellent team-oriented approach, the Nationals boast the potential to deal significant damage to any unsuspecting opponent.

The Elgin-Middlesex Chiefs were the only team in Ontario to brandish an undefeated record in regular season play this season, a fact which typifies the team’s skill and depth in all three zones of the ice. Although paced offensively by Brady Stonehouse, Owen Van Steensel and Hunter Haight, the Chiefs feature a unique strength in that they boast a slew of equally talented players capable of supplementing the team’s offence and defence on a nightly basis. In short, although the Chiefs’ best players are regularly their best players, the team features the depth necessary to keep the team and its well-being headed in the right direction when they aren’t. This reality is not only incredibly valuable, but will surely prove to be invaluable as the team progresses in post-season play.

The Toronto Jr. Canadiens are unquestionably one of the top teams in the Minor Midget circuit this season, as their depth and arsenal of skill is unmatched. With a slew of highly touted prospects eligible for the 2020 OHL Draft competing for the Jr. Canadiens, Toronto is an unwavering force every time they take to the ice. However, despite brandishing a sparkling 24-3-2 record in GTHL play this campaign, the Jr. Canadiens have not been able to overtake the Quinte Red Devils for the top spot within our monthly OHL Cup Ranking — yet. If able to put forth consecutive dominant performances in the upcoming GTHL postseason, the Jr. Canadiens may be able to cast aside the Red Devils and re-claim their standing as the top team poised to do battle in the OHL Cup.

The Quinte Red Devils hold down the top spot in our OHL Cup Ranking for the second consecutive month, and for good reason. To conclude the month of January, the Red Devils reached the end of their regular season in the ETA — a campaign which saw Quinte flaunt a terrific 28-5-3 record alongside a jaw-dropping 5.4 goals for per game played. All the while, the Red Devils allowed a mere 1.75 goals against per game — a mark which served as a glaring indication of the team’s offensive lethality in contrast with their willingness to defend and place an emphasis on their own zone. Moreover, with a trio of impressive results in a number of this season’s major tournaments, the Red Devils have proven themselves to be a dynamic group which brings it best to the ice on a nightly basis regardless of their opponent.